Ties for the Blind Foundation trip to Alaska 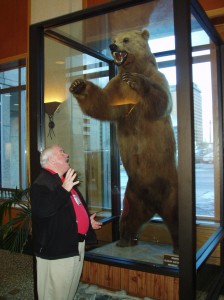 The USA –Canada Lions Leadership Forum is an annual convention used to train recently elected Lions club officers for their new positions in their home clubs.  The Forum is usually attended by a few thousand Lions, so it provides a great opportunity to sell Lions memorabilia and clothing. 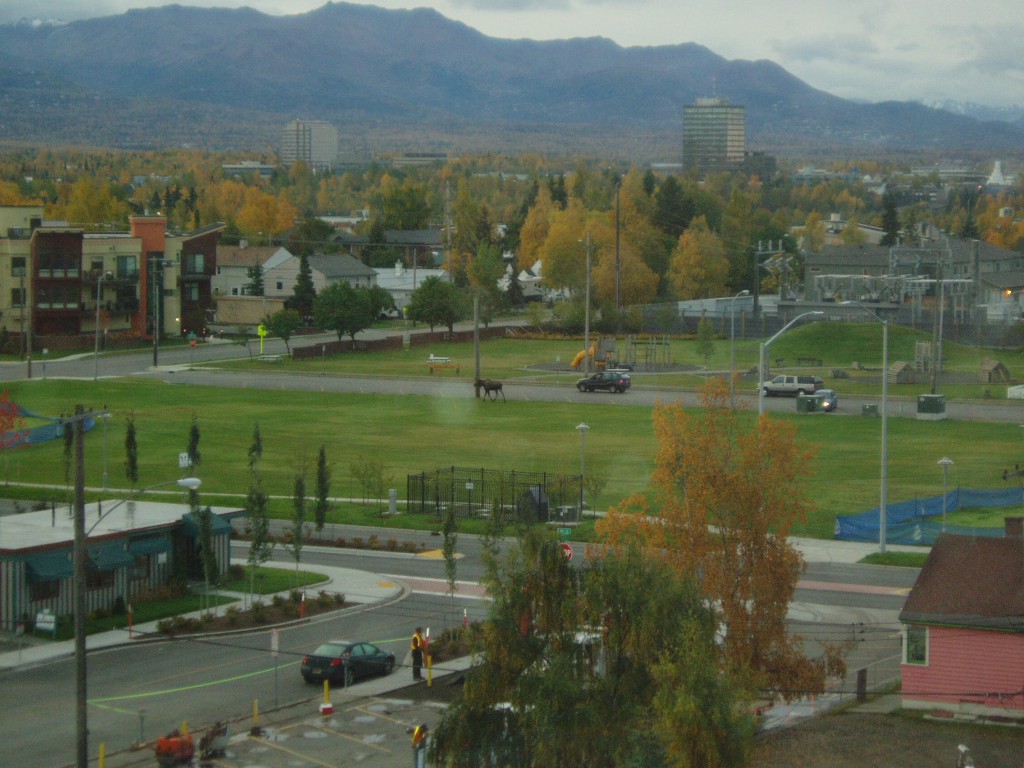 Look carefully near the center of the picture – you don’t see one of these wandering around town very often.

The TFTB guys sold over $20,000 in clothing and other items in a 2-1/2 day period.  Profits from the sale will be returned to Johnson City and donated to various charitable organizations.  Although working long hours at the store was challenging, the volunteers managed to take a few hours off each evening to sample Alaska’s culinary delights including salmon, halibut and reindeer sausage.

On Saturday evening September 24, the tired Lions returned home on the red eye express, arriving in Johnson City early the next afternoon.