Twice a year, East Tennessee Lions make the trek to the Roanoke Eyeglass Recycling Center for a workday preparing eyeglasses for shipment to missions around the world.  On Nov. 10, Lions John Merriss and Ken Gough joined over a dozen Lions from Kingsport and the Knoxville area for the Fall 2012 trip.

Lousy weather is the norm for these trips.  If it’s not raining, it’s snowing, and if it’s not snowing, the mountains are covered in fog.  But this year the weather was warm and sunny with not a cloud in the sky, and we enjoyed a beautiful drive through the Virginia Highlands. 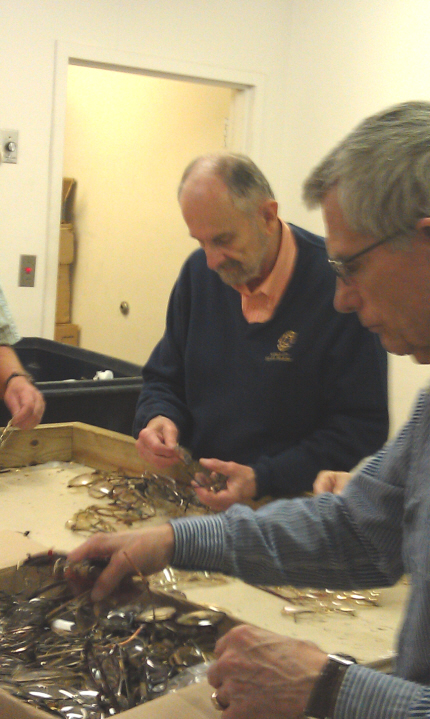 The back of Ken’s station wagon was filled to the ceiling with 4,000 pairs of eyeglasses collected in the last 6 months, an all-time record for the Johnson City club.  The numbers have increased steadily over the last few years; this year we will collect well over 6,000 pairs.  Lion John headed for the sorting room, where just-received glasses are separated.  Damaged glasses are sent for metals recycling, and usable glasses are sent for a thorough cleaning.  The room was piled high when we arrived, and even our hard-working volunteers coulnd’t sort them all.  Lion Ken has become “the box guy” and spends his time building packing and shipping boxes, a chore which Center Director Merle Hash greatly appreciates.  Ken left a store room completely filled with shipping boxes and also put together over 200 packing boxes.  Then he took a well-earned nap on the trip home! 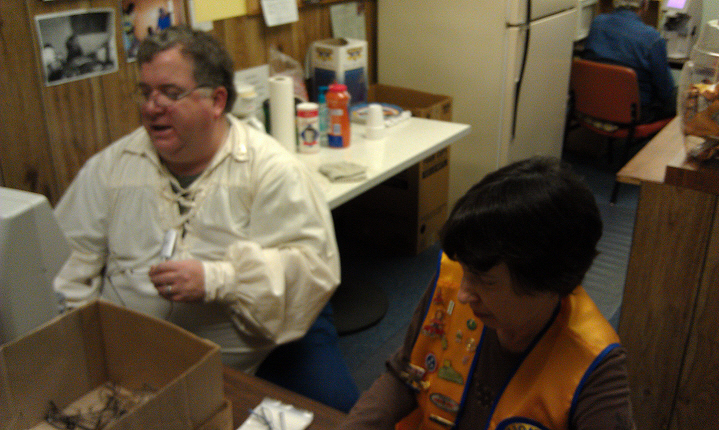 Our next Recycling Workday will be in late March or April, 2013.  Keep collecting those glasses, and plan to join us!